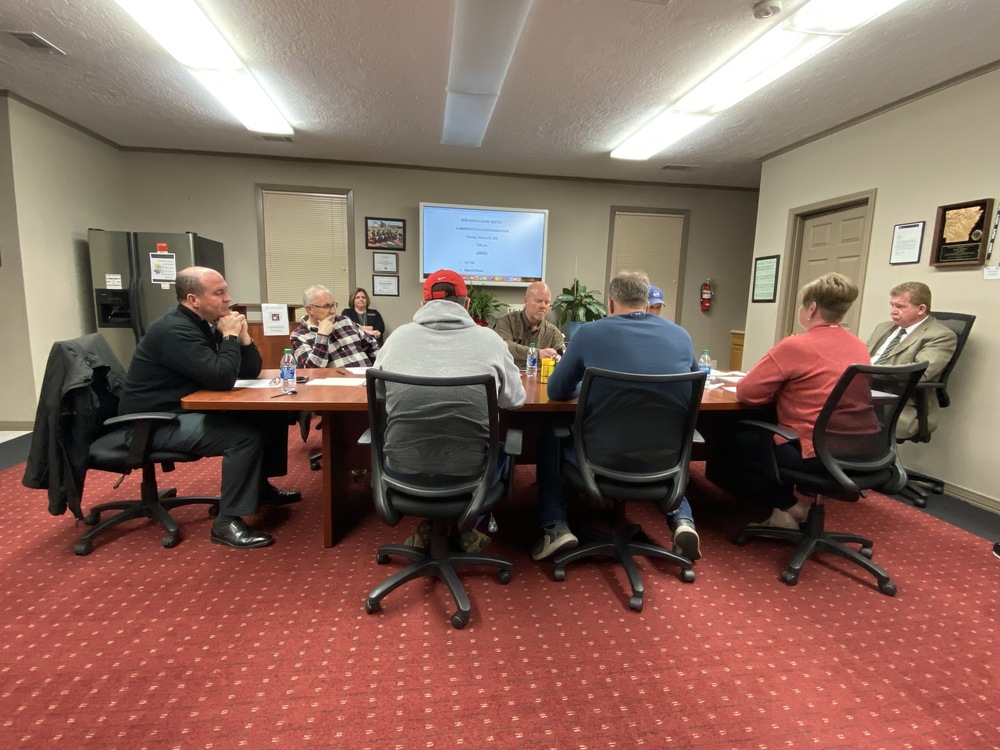 The Mena School Board held their January meeting on Tuesday Night at the Administration Building .

Minton also gave an update on the district facilities which included information on damage caused by a recent lightning strike. The strike took place on a light pole at the baseball field & not only caused damage there but also to phones, cameras, HVAC & more. A complete damage assessment is underway & may continue for some time before all damage is discovered.

Attention then turned to the Mid Year Review in which Weston was pleased to report that the district had exhausted 47% of the budget for the year.

Weston then updated each member of the board on the requirements of Act 589 the School Board Member Training Report in which all board members had met or exceeded the required number of hours.

The Board moved on to the financial report which was approved.

The Annual School Board Liability Insurance & General Liability Coverage premium was briefly discussed before the being approved at a cost of $8783.00.

Finally there were a pair of personnel issues. The board accepted the resignation of Hope Cannon who is a para pro at MMS & also they also approved the move of bus driver Gwen Andrews  from a "C" to a "B" route.