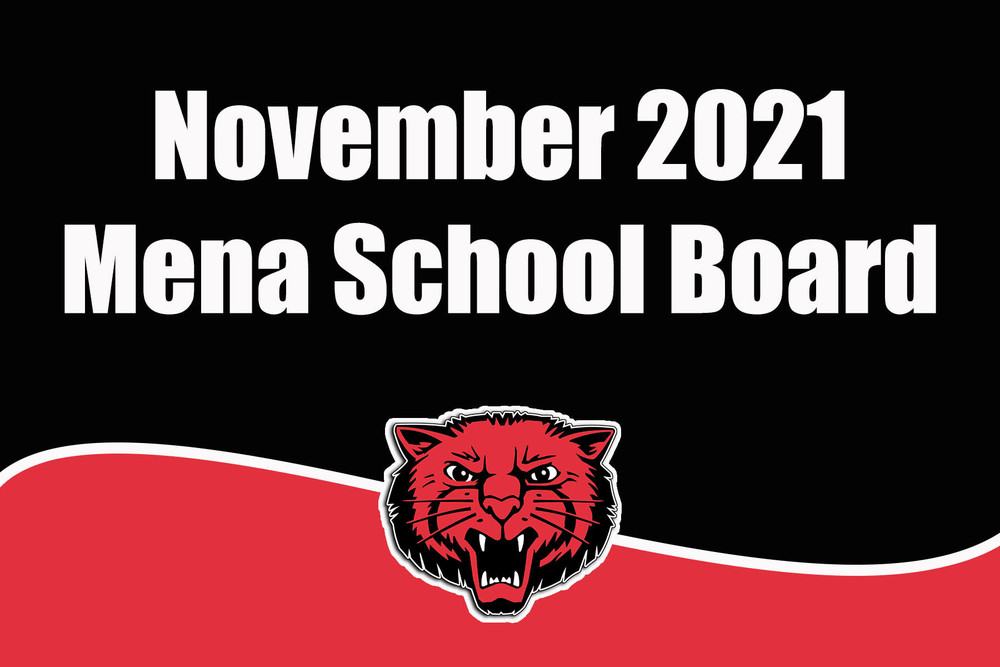 The Mena School Board had a short agenda to manage on Tuesday at the District Administration Building and predictably the meeting was brief.

In the Superintendent’s Report Dr. Lee Smith informed the board that the Annual Report to the Public has been completed and will be available to view online. Smith also told those in attendance that Covid-19 numbers continue to improve and there have been less than ten people under quarantine for the last two weeks . Finally he noted that they served 670 Thanksgiving meals at Louise Durham Elementary on Tuesday to students and guests. The other campuses will serve the meal later this week.

Smith then suggested that the district liquidate their older, high mileage vehicles and take advantage of a special state school vehicle fleet contract that is available through Red River Dodge. The board approved.

Next Maintenance Supervisor Danny Minton gave an update on projects and asphalt bids for work at Bearcat Stadium. Three bids were received and the low bid of $45,150.00  by B&L Paving was approved with dirt work in preparation for the paving by Bill Decker. Minton also reported that HVAC replacement at Mena Middle School has begun and work at Holly Harshman will follow. The shot clocks have also been installed at the Union Bank Center in preparation for use in the 2022/2023 basketball season.

New board zones have been drawn and the board approved those new zones. Watch local media, the Mena Public Schools website and social media for details on the new zone map.

Financial reports were quickly approved after a short discussion.

The final item on the agenda was personnel.