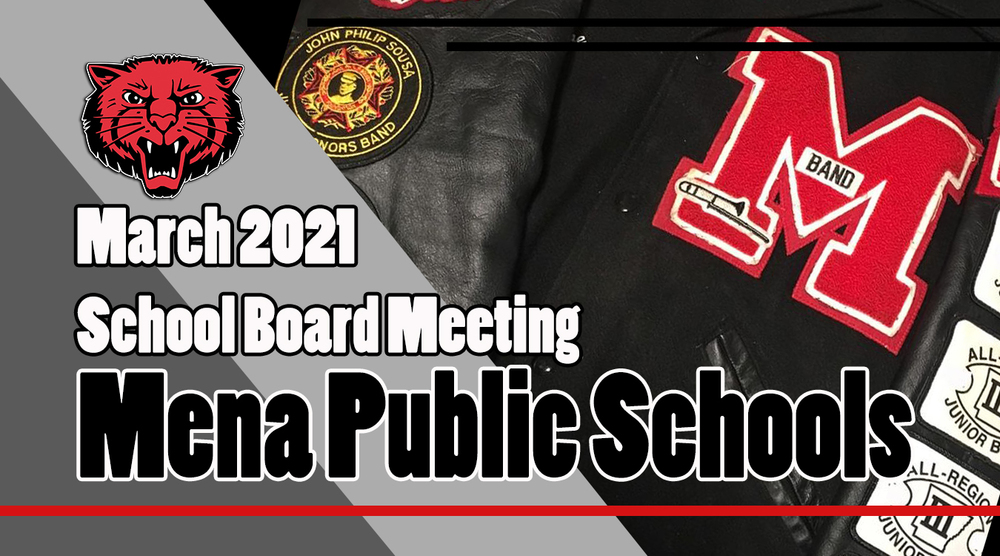 The Mena School Board held their March meeting on Tuesday at the Administration Building.

The meeting began with Mr. Ray Beardsley, representing First Security, addressing the board. First Security has served the district as it’s financial advisor for many years & Beardsley expressed their desire to continue that relationship. A motion was made to extend their contract for 3 more years & it was approved.

In the Superintendent’s Report Mr. Benny Weston updated the board on numerous issues affecting the district in the Arkansas Legislative Session. Including current bills being considered by the House Education Committee.

The school choice capacity resolution was passed with no discussion. The financial reports were also approved.

Assistant Superintendent Lee Smith shared revisions to the 2021/2022 school calendar. The main revisions were to move the first day of school to August 16th with the final day being May 27th. The calendar was approved as revised. (be looking for another post including the complete calendar soon)

Personnel was the final & most anticipated item on the agenda. The board accepted the retirement of Pam Gross & Sheila Graves. They also accepted the resignation of bus driver Max Hartwig & approved the transfer of Sam Varner to take over that route.

Building Administrators then presented their recommendations for transfers & new hires on their respective campuses.

○ Sarah Wagner to replace Pat Self at LD and HH

All recommendations were approved by the board & the meeting was adjourned.