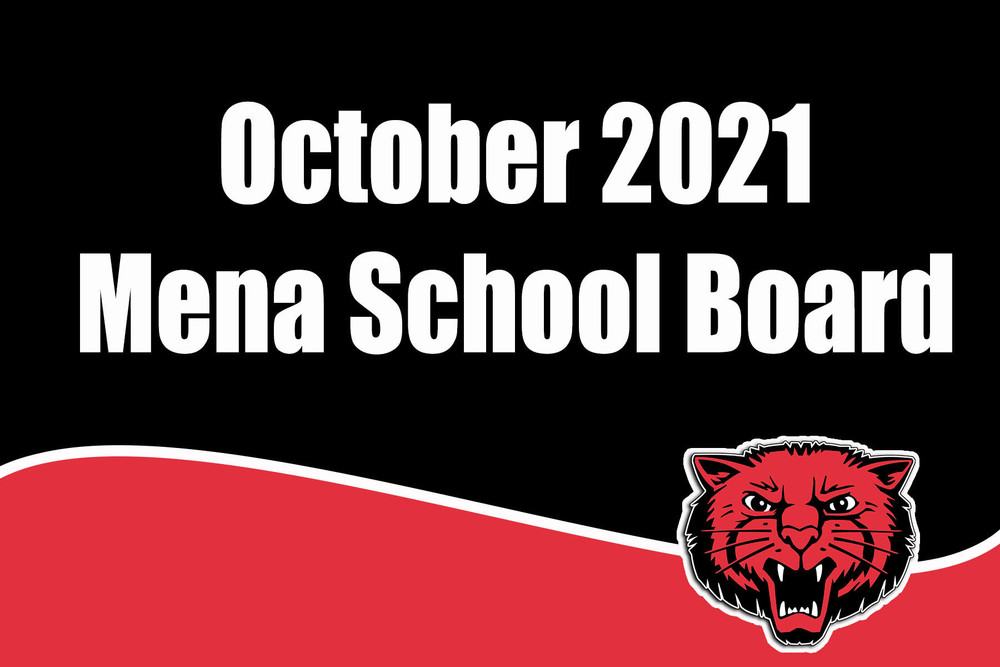 The Mena School Board held their regular October meeting on Tuesday at the District Administration Building. It was a short agenda and a brief meeting that lasted approximately 25 minutes.

Superintendent Dr. Lee Smith began by updating the board on the formation of a committee of volunteer organizers. This group will have input on  strategies. This includes how the district will approach the reintroduction of community members to facilities as COVID protocols change and need to be addressed. At the moment persons are only admitted for educational purposes.

Smith also told the board that the Arkansas  Department of Health had changed the social distancing rule from six feet to three feet and the ‘test-to-stay’ option will soon be implemented for students who are probable close contacts to stay in school.

In new business the board quickly approved the Annual Equity Compliance Report. This action is a requirement to insure the district is following federal guidelines and that no discriminatory practices are taking place.

The next topic had to do with the addition of more surveillance cameras on all campuses and other buildings in the district. Only one company responded with a proposal and that company was Progressive. The board approved that proposal and this project will be funded by ARP and ESSER II funds.

The shortage of bus drivers is forcing the district to get creative. Dr. Smith suggested a policy that would allow the formation of a pool of on-call bus drivers made up of current licensed staff. The board approved the policy. A total of four individuals will earn $200.00 per month plus route pay to be on-call to drive when needed.

Maintenance Supervisor Danny Minton addressed the board and gave an update on numerous projects. A new fence is being constructed and a new freezer has arrived at Louise Durham Elementary. All kitchens in the district have been inspected recently and all passed with flying colors. New basketball goals have been installed on the playground at Holly Harshman Elementary. The company installing new shot clocks at the Union Bank Center is still waiting on equipment to arrive and hope to install those sometime in November. Wilson Heating and Air is having similar supply issues to be resolved before they can start on the heating and air conditioning projects at Mena Middle School and Holly Harshman.  Also the relocation and repair of gas lines at MMS continues.

The Facilities Master Plan Resolution was passed with no discussion. The only addition to the master plan was a multipurpose building.

Dr. Smith then informed the board the Annual Report to the Public will be available online just like last year. It should be ready to view by district patrons by November.

Since the December meeting would fall during the Christmas break it was proposed to move that meeting to Tuesday, December 14th. That change was approved.

The financial reports were approved unanimously and the final item on the agenda, as always, was personnel. Charles Morgan, Rachel Dover and Landon Dover were added as on-call bus drivers. The board accepted the resignation of Paul Hooper from his position as a para at Mena High School.

They also accepted the retirement of bus drivers Peggy Foster and Gwynn Andrews.